This is the 9th installment in a series by Virginia Cornwell, a Columbus Ohio Divorce Attorney and Ohio State Bar Association Certified Family Relations Specialist.  Virginia is one of approximate 100 attorneys in Ohio to have received this honor.  This article is about the process and options for ending your marriage in Ohio, and about Ohio divorce laws. 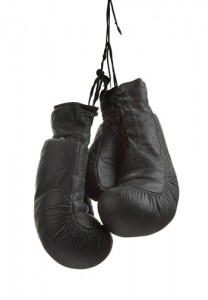 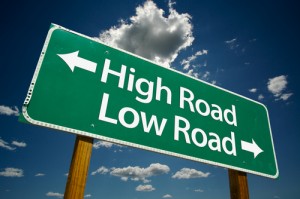 2.  IT’S FREE TO LIE.  IT’S EXPENSIVE TO PROVE THE TRUTH. Sometimes in divorce one spouse will take a “throw it against the wall and see if it sticks” approach to the demise of the marriage, especially when that person has no lawyer.  Lawyers are officers of the court and cannot knowingly submit false information to the court, nor can the lawyer knowingly allow their client to give false testimony.  However, when one party is pro se (presenting their case to the court with no lawyer) that party sometimes believes they are made of teflon – they can say anything they want and there will be no consequence if the statements are false.  You don’t have to seek proof for every allegation your spouse makes.  If your divorce case goes to trial, the Judge or Magistrate listens to the evidence put on by both parties and decides who is the most credible.  But it sure helps to have proof.  You and your lawyer should decide what is worth pursuing and what should be ignored. 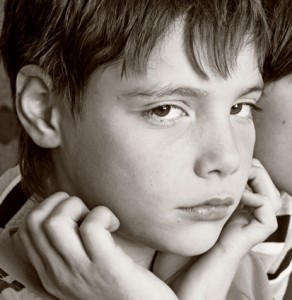 3.  PARENTAL ALIENATION (OFTEN CALLED “BRAINWASHING”). This is one of the oldest and ugliest of the dirty divorce tricks.  Although parental alienation has not yet made its way into the arena of psychology and psychiatry as an official diagnosis, it happens all the time and courts know it.  This is particularly prevalent when one part wants the divorce and one party is angry about being “left behind”, but parental alienation rears its ugly head for a lot of different reasons. 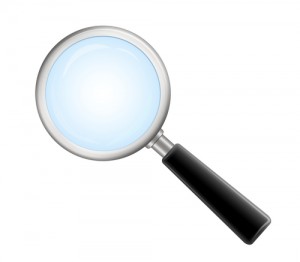 4.  THE SHELL GAME. In order for each party to receive his or her fair share of the marital property, the parties have to make a full disclosure about the nature and extent of their assets and liabilities.  Sometimes, one party to a divorce, or both, does not exchange the documentation for the other side to determine what is fair.  Sometimes one side in the case sits back and lets the other side do all the work, or at least hopes that they will do all the work.  Fortunately, in Ohio, the trend is turning around and courts are starting to make attorney fee awards for failure to comply with discovery.  However, some people still think that the attorney fee awards they get hit with won’t be worse than sharing the money from whatever they are hiding. There’s an app for that, it’s called Civil Rule 37.  In layman’s terms it says “Okay smarty, you don’t want to tell us what you have, then for trial purposes I’ll put on an order telling YOU what you have to split up, and it’s all marital.”  And where do you suppose the court is going to get that number?  You guessed it, from the spouse that complies with discovery. 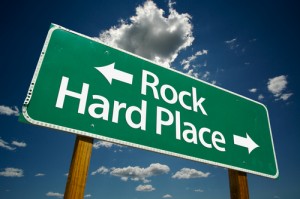 5.  TRYING TO CUT OFF ACCESS TO THE MARITAL ASSETS AND FUNDS. Don’t even try to carbon date this one, it’s old.  Really old.  As dirty tricks go, this one’s a fossil, but it still has a sharp edge.  You know why it’s old?  Unfortunately, because a lot of the time it works.  One spouse plans for divorce and leaves the other totally unprepared.  If your spouse was controlling or sneaky during the marriage, that is how they’re going to be during the divorce.  Cutting off access to your assets unfortunately makes it difficult for you to hire a lawyer.  Lawyers have families too, and they can’t sacrifice their family’s well being for yours.  They own a business and can’t keep representing clients who can’t pay them.  What’s the lesson?  Ignorance is not bliss.  Know what you have, where you have it, and if your access to it can be cut off by your spouse at any time.  If your spouse is the breadwinner, and you have no funds or assets under your control, you are at great risk if he or she decides to leave you.

You may also find some of these articles in our divorce series to be of interest:

DISCLAIMER – READ IT, IT’S STUFF YOU NEED TO KNOW.