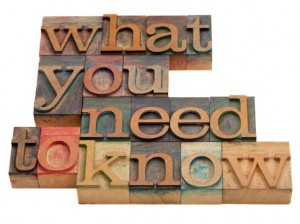 This is the 15th installment in a series by a Ohio Interstate Divorce and Custody Attorney about the process and options for ending your marriage in Ohio, and about Ohio divorce laws. This article discusses interstate child custody jurisdiction.  Interstate child support and enforcement will be discussed in another article. You can view other articles in the Divorce in Ohio series by clicking any of the links at the end of the article.

Why is child custody so different?  Because there is a federal law about child custody.  For the most part, the federal government leaves custody issues to the state, and only steps in on matters which effect the nation as a whole.  There is a federal law called the Parental Kidnapping Prevention Act that was designed to keep parents from taking the children from their home, moving to another state that they would like to live in and filing court papers in the new state to obtain jurisdiction.  The Parental Kidnapping Prevention Act (PKPA) gives clear instructions regarding which state has jurisdiction over child custody matters.

Ohio, like most states in the U.S., has adopted the UCCJEA.  The UCCJEA is a treatise, or a scholarly writing, that has been made part of the law in the states that have adopted it.  To understand the UCCJEA in Ohio, you must look at the statutes in the Ohio Revised Code that made the UCCJEA the law in Ohio.  The UCCJEA was adopted in Ohio to bring Ohio custody law in compliance with the PKPA.  In a nutshell, both the UCCJEA and the PKPA require:

Now, if you really think about it, both the PKPA and the UCCJEA were made because of all the things people used to do to try to give a state jurisdiction that it shouldn’t have.  These laws both contemplate and defeat “custody grab” scenarios such as:

To learn more, see our other articles on the UCCJEA.  You may also be interested in some of our other divorce articles:

DISCLAIMER – Read it, it’s stuff you need to know!