When military servicemembers (sometimes also referred to as service members) are called to active duty or are deployed it can wreak havoc on their families, especially families with children.  Even though the servicemember may already have a Family Care Plan in place, service members who are divorced or unmarried parents may be worried that the other parent is going to try to take advantage of the situation to gain custody of their children.  However, Ohio has special protections for members of the uniformed services who are called to active duty.  Uniformed Services means according to Ohio Revised Code 3109.04: the United States armed forces, the army national guard, and the air national guard or any reserve component thereof, or the commissioned corps of the United States public health service. 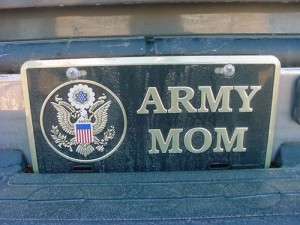 ACTIVE MILITARY SERVICE IS NOT A CHANGE OF CIRCUMSTANCES IN OHIO!

The good news in Ohio is that state law prohibits a court from changing custody based solely upon military service.  Specifically, Ohio Revised Code 3109.04(I)(2) says: The court shall not find past, present, or possible future active military service in the uniformed services to constitute a change in circumstances justifying modification of a prior decree.  This may not provide as much comfort to a parent in this situation, because they may believe (rightly or wrongly) that when a court wants to modify custody, the court finds a way to do it.  In other words, what if the court modifies custody anyway, but doesn’t admit that the deployment is the reason for changing custody?  In the very next sentence, Ohio Revised Code 3109.04(I)(2) provides additional protection to the servicemember.  It says: The court shall make specific written findings of fact to support any modification under this division.  What does this mean? It means that the court cannot just change custody, say that it is not based on the military service, but not give the reason for changing custody.  The court MUST write down the facts upon which the court chose to change custody.  These facts allow the military member to appeal if  there was no legitimate basis for the court to change custody. 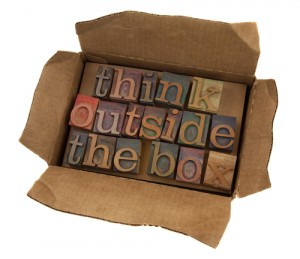 Skeptics may say well, that’s great that the law allows me to fight for my kids’ rights, but how am I going to do that from Afghanistan (or Korea, Japan or wherever you are being deployed to)?  Of course there is always the good old Servicemembers Civil Relief Act, but when it comes to kids, stalling the proceedings until you can appear is not always good enough, especially if  the non-custodial parent has obtained emergency custody.  Ohio Revised Code 3109.04(I) provides opportunities to the active duty or deployed military member that Ohio courts will rarely offer to anyone else.  If the court will put a stay on the proceedings pursuant to the SCRA until the member can attend, then, at least while the member is deployed the problem is solved.  The member may have to reapply for the stay several times, but the children will stay put and be cared for under the member’s Family Care Plan.  However, if the non-custodial parent is seeking or has obtained any kind of temporary order or emergency custody order, the court MUST, pursuant to Ohio Revised Code 3109.04(I), allow the service member to “participate in the proceeding and present evidence by electronic means, including communication by telephone, video, or internet to the extent permitted by the rules of the supreme court of Ohio.” 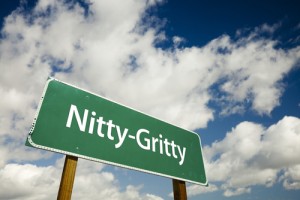 ACTIVE MILITARY SERVICE
So who qualifies for the protections Ohio offers under this law?  ORC 3109.04 defines “Active military service” as service by a member of the uniformed services in compliance with military orders to report for combat operations, contingency operations, peacekeeping operations, a remote tour of duty, or other active service for which the member is required to report unaccompanied by any family member, including any period of illness, recovery from injury, leave, or other lawful absence during that operation, duty, or service.

NOTICE TO THE OTHER PARENT IS REQUIRED
If you are the parent of a child who is subject to an Ohio order “allocating parental rights and responsibilities” (custody, shared parenting visitation order or child support), or you are a party to a case to allocate parental rights and responsiblities, and you receive a military service order calling you to active duty, you must notify the other parent within three days of receiving the order.  See Ohio Revised Code 3109.04(I)(1).  You must also give written notice to the court, child support enforcement agency, and the other parent of the date of termination of the your active military service not later than 30 days after the date on which your service ends.

Once notice is received, EITHER parent can apply to the court for a hearing to expedite a custody change or modification proceeding so that the court can issue an order before the parent’s active military service begins. The application must state the date upon which the active duty service begins.  The court MUST schedule and hold a hearing not later than thirty days after receipt of the application, except that the court shall give the case calendar priority and handle the case expeditiously if exigent (unusual, emergency) circumstances exist in the case.